The Annual Assembly of National Representatives has elected Marko Pomerants from Estonia new IPS President for the period 2020-2024. Mr. Pomerants will start his position on 18 June 2020. The Assembly, which was held by email during 10 – 18 June, also elected the First and Second Vice Presidents as well as five new Executive Board members. More information can be found below. Introduction of the President

Mr. Pomerants was born on 24 September 1964 in Estonia, Laane-Virumaa, Tamsalu. He is married and is father of two sons. After his studies in Geology (Hydrogeology) and Public Administration, he worked many years in the environmental administration. He was deputy head of Rakvere Nature Protection Administration (1989-1990), Head of Nature Protection Service at Lääne-Viru County Government (1990-1994) and Head of Environmental Department (1994-1995). From 1995 onwards, Mr. Pomerants became an important political figure in Estonia. He was Governor of Lääne-Viru County 1995-2003 after which he served as Minister for the Estonian Government for 15 years; as Estonian Minister of Social Affairs (2003-2005), Estonian Minister of the Interior (2009-2011) and Estonian Minister of the Environment (2015-2017). In 2016, Mr. Pomerants signed the Paris Agreement on behalf of Estonian Government. Since 2019, he has established his own consulting firm Bitter Orange OÜ.

Greetings by the President

First of all, I would like to thank my predecessor, Mr Gerald Schmilewski, President of the IPS, and the entire Executive Board, who has brought IPS here. I don’t have time to grow as slowly as peat mosses do, so I promise to do it much faster. I will start by setting up routines, of course the people of peat must have the right to summer holidays, but then I must establish the closer relationships with National Committees, Commissions and expert groups.

I believe that IPS will require a stronger position on the international arena, with improved benefits for members and stronger organizational finances. I am confident that, together with the Executive Board and Secretariat, this will be possible.

The IPS strategy period is coming to its end. It will be necessary to compile a new strategy for our society in the coming months. More importantly, the strategy must be carried out. Today, environmental issues are the most salient all over the world, especially in the EU. It is important for us to be able to preserve sober mindset and call on the various parties to engage in knowledge-based, not emotional discussion.

I am personally characterized by conscientiousness, self-initiative and a responsible attitude to budgetary funds. I am a leader who is prepared to steer the organization in times good or bad, often taking the initiative myself. Thank you to everyone who has supported my candidacy.

Please do not hesitate to contact me at marko.pomerants@peatlands.org or +3725031365.

In addition to the President, the Annual Assembly elected the following persons to the Executive Board:

We warmly welcome all new EB members and congratulate those that were re-elected. We express our heartful thanks also to former President Gerald Schmilewski, Second Vice President Dr Samu Valpola and ordinary Board member Zhengping Wang, who leave the Board as of today, and to all candidates who were nominated by their National Committees for EB positions. 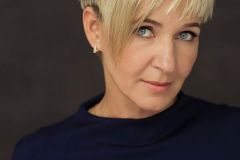 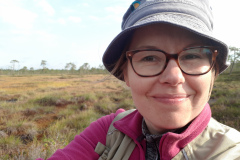