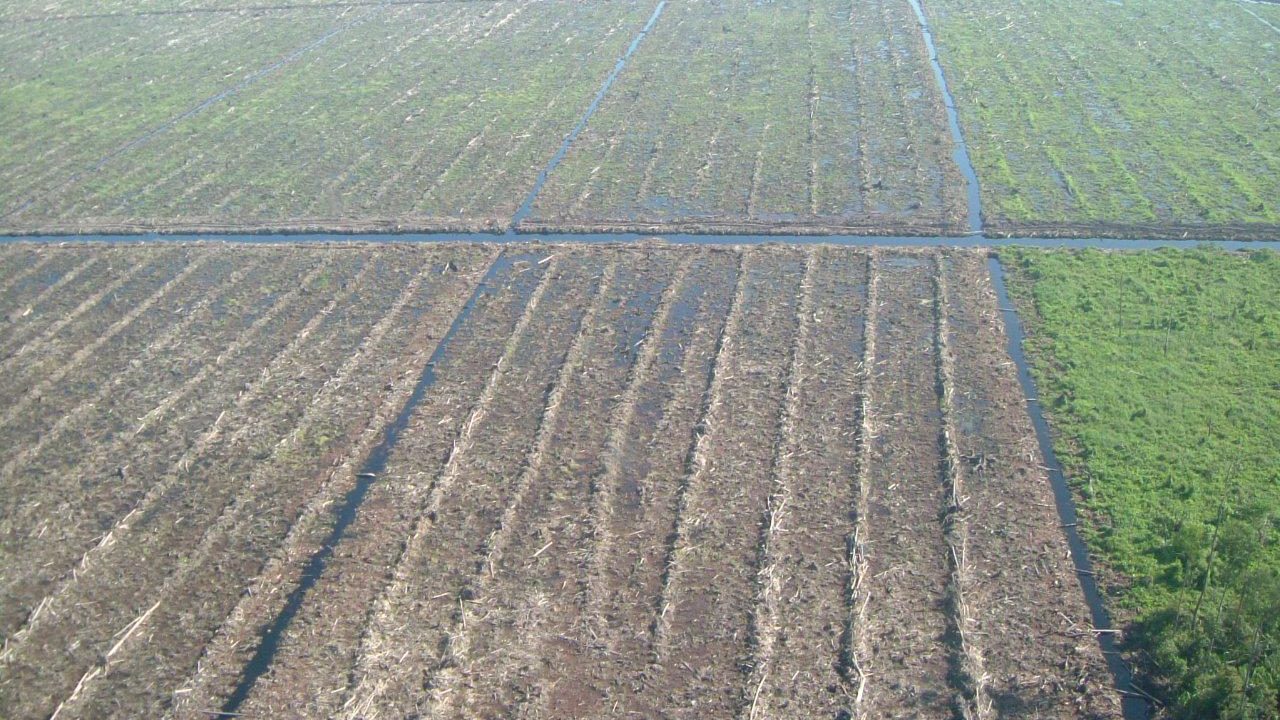 When President Habibie of Indonesia in 1999 closed down,  as a complete failure, the Mega Rice Project (MRP) in Central Kalimantan, that was established by his predecessor Suharto three years earlier, I thought that strong lessons had been learned, and this would be the end of attempts to develop the vast areas of peatland in that country. How wrong I was and, in the twenty years since then, we have seen major conversions on thick peat in Kalimantan and Sumatra to plantations of oil palm and paper pulp trees, occupying millions of hectares. Technology and applications of lime and fertilisers have made this possible, but at a heavy cost in both money and environment.

The MRP to grow rice to plug the deficit in production because of commercial, industrial and urban development of highly productive rice-growing land in Java and Madura was doomed to failure because (a) environmental impact assessment was not carried out before the start, (b) lack of understanding of the chemical and physical properties of peat, (c) ignoring advice of Indonesian agronomists, and (4) settling on this problem land transmigrants from outside of Kalimantan with little or no experience of farming.

Failure of the MRP not only showed it was impossible to grow productive rice crops on peatland more than 0.5 metres thick, but it involved destruction of environmentally sustainable peat-forming swamp forest, and its replacement with greenhouse gas-emitting, subsiding, nutrient-deficient and toxic peat. In addition, around 50,000 transmigrants had been settled on part of the MRP area (Block A) to occupy the smallholder farms and cultivate rice and other crops. These people suffered from poverty, starvation, rat infestation, and disease. On top of this, local people also experienced loss of the peat swamp forest livelihood support, acidification of rivers and death of fish, and respiratory and other health problems caused by the ‘haze’ produced from recurrent fires.

Strange as it may seem now, the MRP when closed, was not regarded by the Indonesian Government to have been unsuccessful, but that its management had been ineffective, and guidelines for its ‘rehabilitation’ were issued. To promote this new course of action an ‘Ad Hoc Team’ was established, headed by the Secretary General of the Council for East Indonesia Development under the Minister for National Development Planning (BAPPENAS). A detailed report was published with the title (in English) of “Acceleration of Rehabilitation and Restoration on Ex-Peat Area Development in Central Kalimantan”. The problem with this report, however, was that the Indonesian Government did not have the financial resources to implement it. The Dutch Government stepped in and provided around €5 million to prepare a “Master Plan for the Rehabilitation and Revitalisation of the Ex-Mega Rice Project Area in Central Kalimantan”.

Once again nothing was done to implement this peatland rehabilitation and restoration plan, but in September 2007 Indonesia and Australia agreed to work together under the Kalimantan Forests and Climate Partnership (KFCP) to develop and implement a programme to reduce greenhouse gas (GHG) emissions from peatland areas in Kalimantan. Australia committed up to A$30 million over 4 years commencing in 2008. Unfortunately, owing to problems of rewetting large areas of tropical peat, the high hydraulic conductivity of the peat, disputes between national and provincial government authorities, and the lack of cooperation of local people, this project failed and was shut down by the Australian Government in 2011/12.

Earlier this year,  the Indonesia Government announced it would embark on a similar mega project in the name of food security. The main reasons behind this decision were continuing loss of productive padi in Java and Madura, and a predictive warning from the FAO of a global food crisis in the wake of the coronavirus pandemic.

The proposal is to grow rice on 900,000 hectares of wetland, mostly peatland on the abandoned Mega Rice Project area in Central Kalimantan. It has been said the former mistakes will not be repeated, and that Government policies on peat protection have evolved. But have they and if so to what? The new paradigm seems to be that if the peat layer is thick (more than what?), and storing a large amount of carbon (how much?) it must be protected (but how since most of this peatland has been deforested and burned several times in the last 20 years?), and if it is thin (less than what?) it can be cultivated. Wet padi rice has been grown successfully in Indonesia for many decades on peat up to 0.5 metres thick, but only on land near rivers subject to tidal influence that are used to push freshwater onto padi for irrigation and removal of toxic substances released by the peat. This happens twice daily but is possible only on marginal land close to rivers.

Away from rivers the peatland is domed, the peat is thick (up to 12 m), and the problems for rice cultivation are great. One of these is water management. This peatland area is located about 3 degrees South of the equator in a tropical monsoon climate. Rainfall is about 3000 mm per year with a dry season of 4-6 months. This means there is a long period of high rainfall and flooding, followed by a shorter period of low or no rainfall, leading to drought. To be economically successful, firstly, rice must be able to grow and, secondly, there needs to be at least two crops per year. The first is solved by money for purchasing peat soil ameliorants such as lime and fertilizer; the second requires water to be stored in the wet season to irrigate padi in the dry season. This was the major flaw in the MRP because rain water flowed downhill by gravity quickly towards the nearest river, and the hydraulic conductivity of this tropical peat that consists of the remains of rain forest trees (branches, leaves and trunks) is so high that water moves through it quicker than it can be stored causing the peat surface to dry out to a depth of more than a metre, making it impossible to irrigate, and increasing the risk of fire. Indonesia’s peatland policies may have changed, but these characteristics of tropical peatland and peat have not, so the MRP disaster is likely to be repeated. 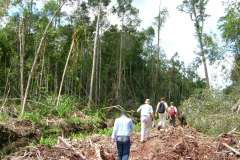 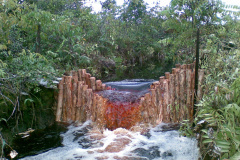 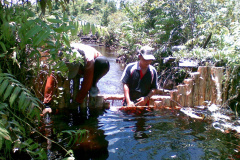 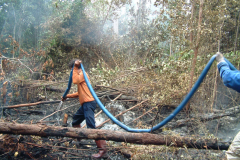 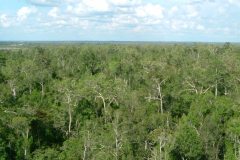 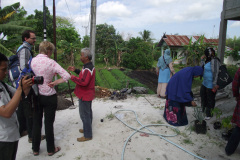 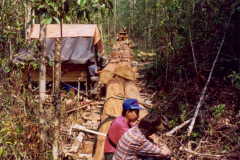 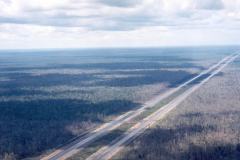 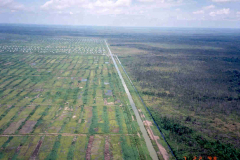 All images by Jack Rieley
Get Widget